Church of the Transfiguration on Mount Tabor, Israel

Consolidation of the Towers of the Church of the Transfiguration on Mount Tabor
Mount Tabor, Israel

Located on the summit of Mount Tabor in Israel, the Basilica of the Transfiguration was completed in 1924, designed by architect Antonio Barluzzi. It is a Franciscan church placed on the site where it is traditionally believed took place the Transfiguration of Jesus, an event in the Gospels in which Jesus is transfigured upon an unnamed mountain and speaks with Moses and Elijah.

It was built on the ruins of an ancient (4th–6th-century) Byzantine church and a 12th-century church of the Crusader Kingdom period, of which some archaeological remains are still visible along the access path.

The intervention involved the consolidation and seismic improvement of the bell towers and the rebuilding of the bells frame, considering that the existing steel structures was attacked by corrosion which in some situations caused detachment of steel plates or opening of holes in steel profiles.
Design process was guided by dynamic identification of the tower and of the bells, which allowed a global and more in-depth study of the dynamic behavior of the structure and of the main forces from the bells’ movement.

The new bells frame has been designed with damping/isolation system made with neoprene supports in order to reduce the vibrations and dynamic actions transmitted from the bells to the masonry tower. 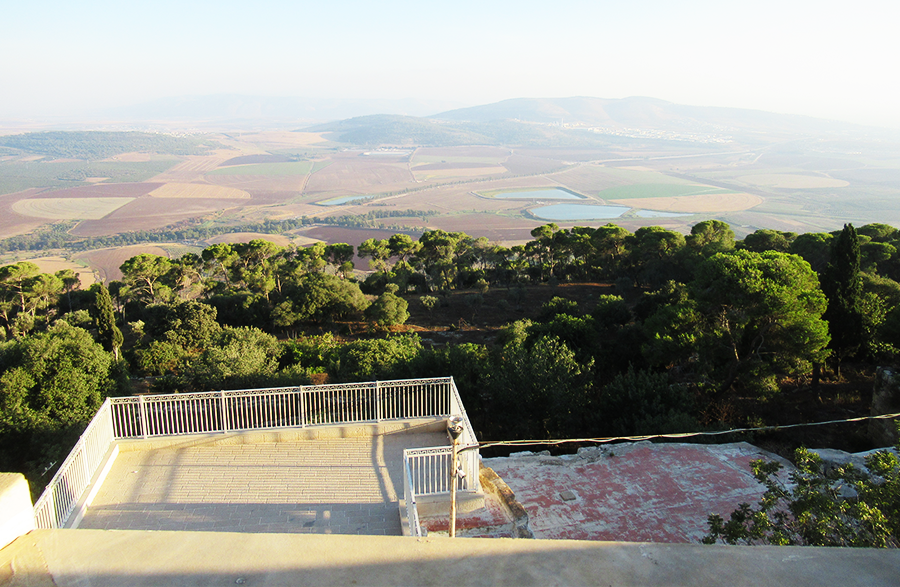 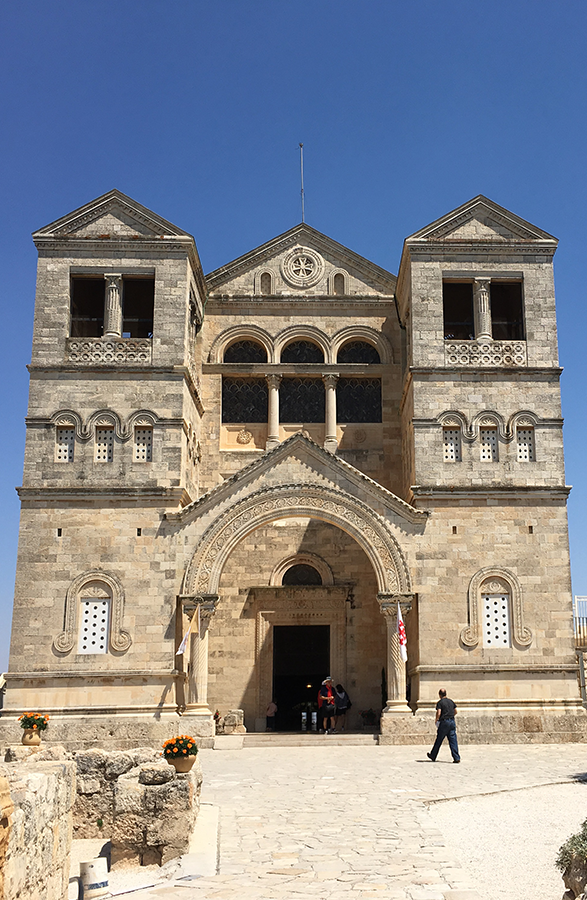 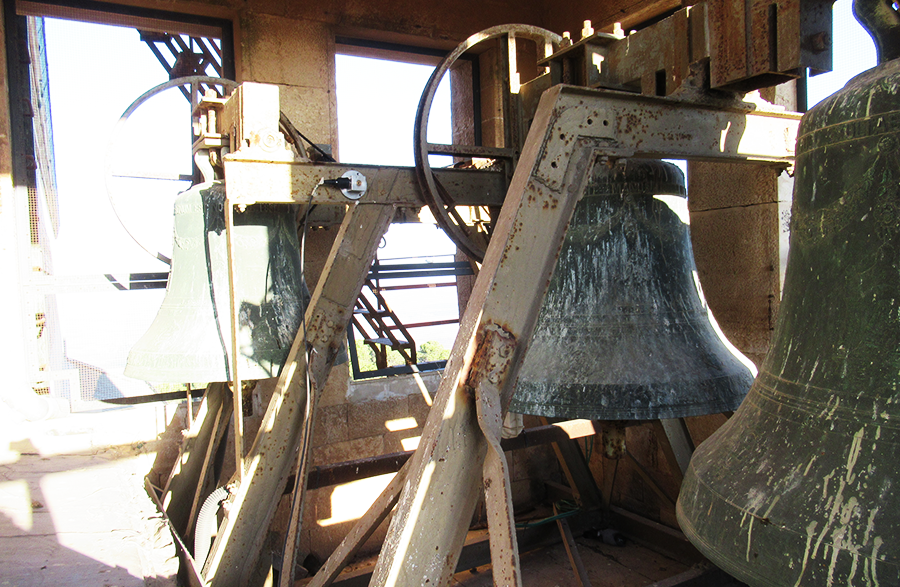 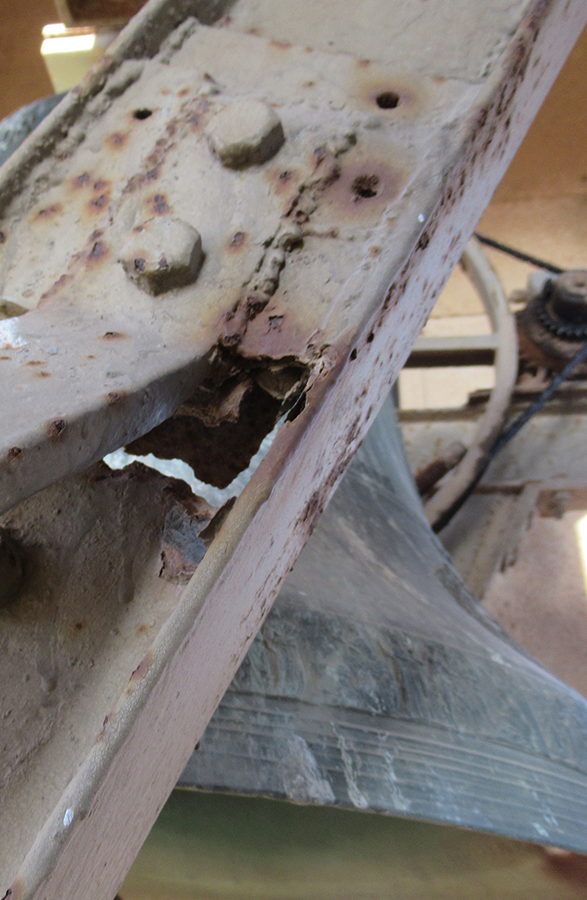 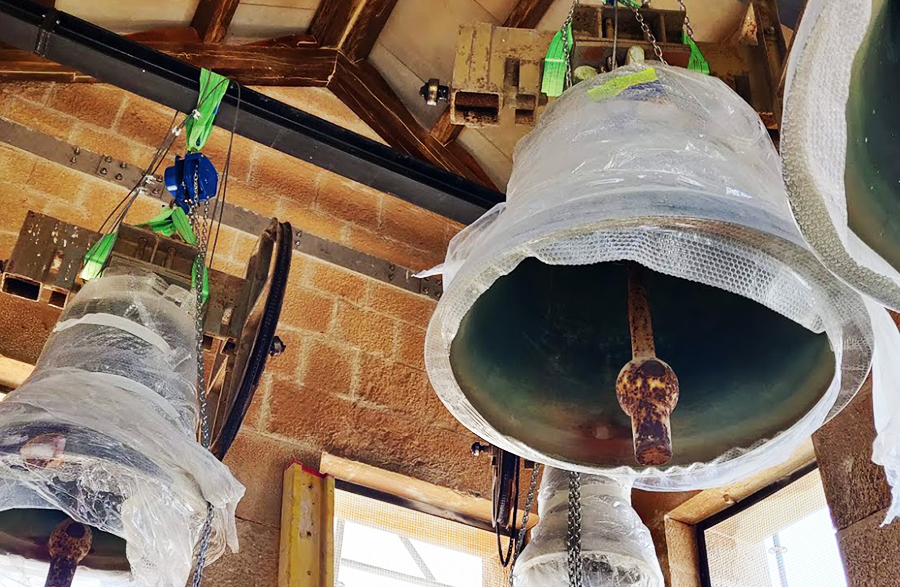 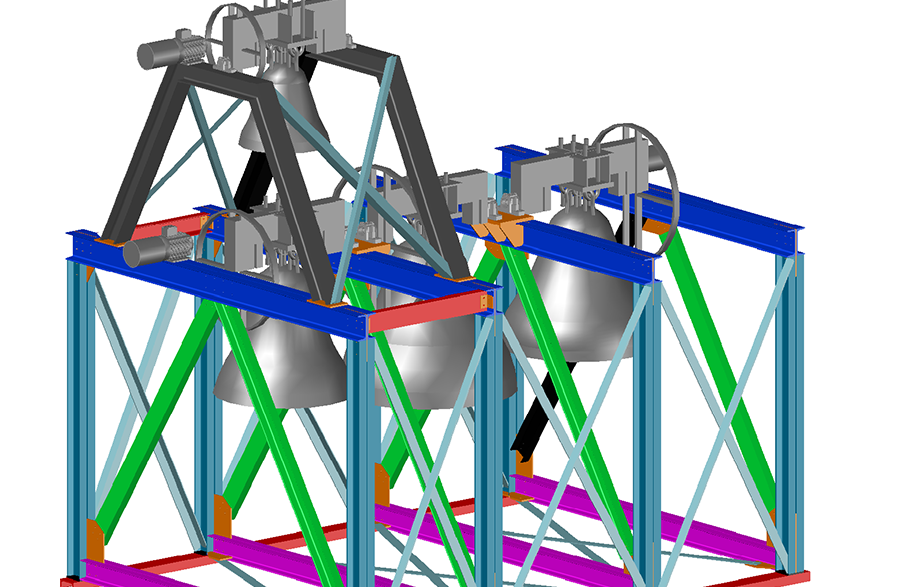 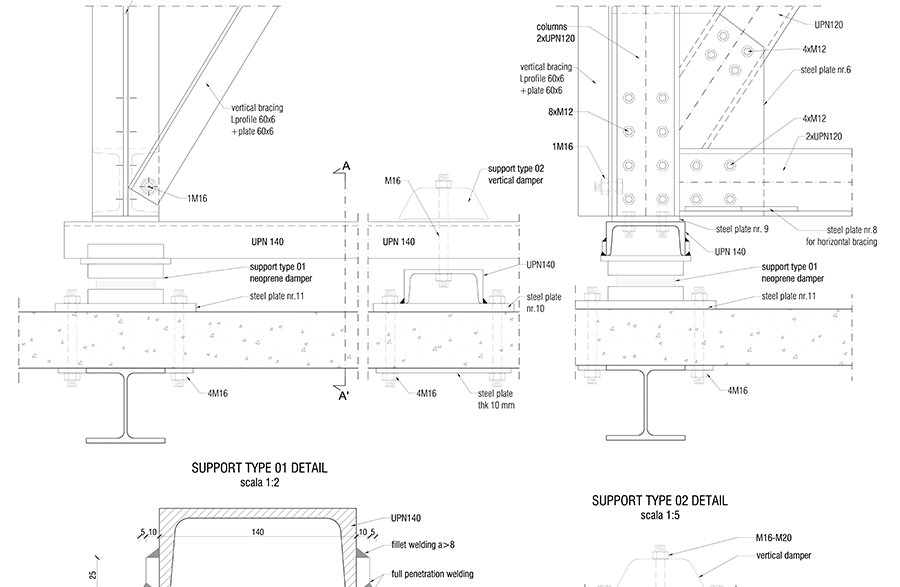