Custody of Holy Land in partnership with UN-Habitat and with own and UE funds implemented a comprehensive rehabilitation project in the Dar al Consul civic and residential complex, which is one of the Custody properties in the Old city of Jerusalem. Such complex consists of 40 houses and a basement floor used – at the beginning of the works – as a closed storage at the street level. The project intends to rehabilitate the houses to improve the living conditions of the local community, upgrade the open spaces among the houses and to rehabilitate and confer a new use to the basement as a public space.

The building complex covers about 2’400 sq. m divided into 6 buildings, bounded by Khan El Zeit Street, where there are shops of the Jerusalem Souk, and El Tikkyeh Street, where the entrances are. The height of the buildings is variable and reaches a maximum of about 15m from the street level, with 3 floors besides the basement floor.

In parallel with the intended aims of the project, the Custody requested a thorough study for understanding the structural behavior of the built environment in order to couple the necessary rehabilitation interventions with the necessary structural strengthening actions.

Structural projects planned to strengthen the most heavily loaded pillars, subjected to excessive compressive values with reference to the actual masonry capacity. Interventions such as “confinement” or “stitching” were designed and applied– together with the overall interventions of hydraulic lime grout injections and deep repointing – to provide an increased strength to such structures, consequently increasing their “safety” conditions.

A relevant part of the activities finally corresponded to the excavations in the basement soil, which, year after year, gave the possibility to reach lower levels and find buried structures, also with relevant historical and archaeological findings (tombs, roman era shops). From an engineering point of view, it was a challenge to support the superstructures with uncertain soil conditions, given the difficult execution of geotechnical investigations, the diffuse presence of cisterns in the bedrock and the chaotic stratification of the historical layers of the underground Jerusalem 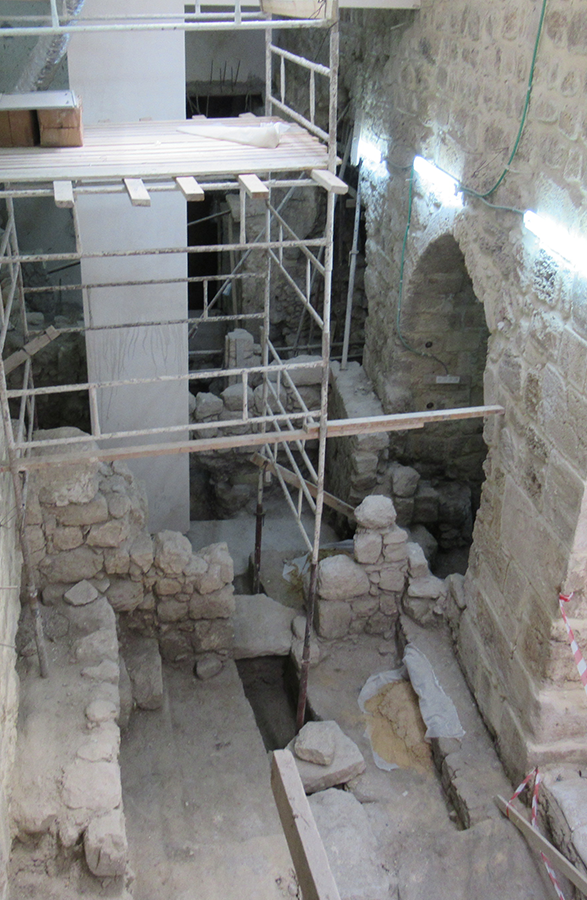 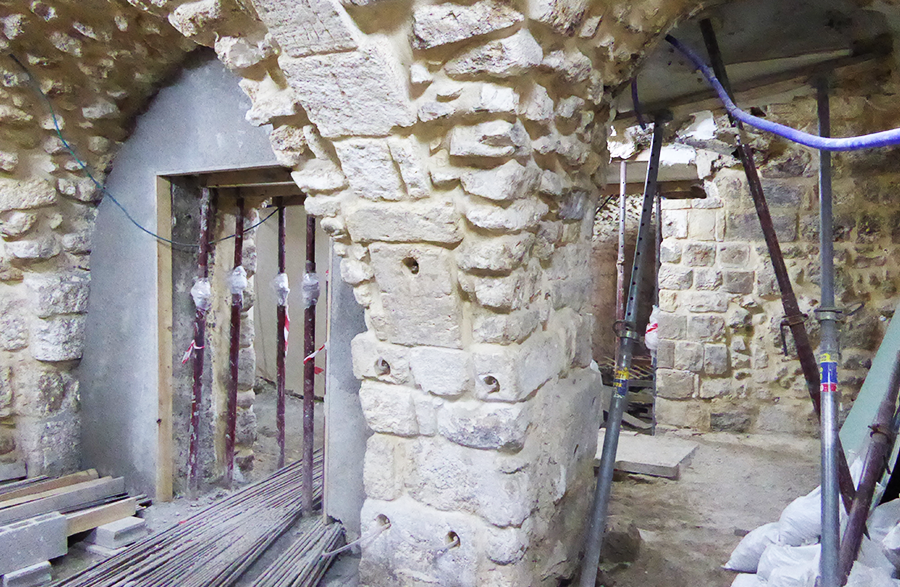