Forte Marghera was an ancient small village, the nearest embarkation point to Venice in the communication with the mainland, located between Venice and Mestre.

It has been converted in a military fortress by French and the Austrians, which modified the ancient land conformation and built forts and barracks.
The project regards the restoration of the depot building nr. 29, built in the early twentieth century. This building is made by squared masonry pillars (0.65×0.65m) spaced 4 meters, with bricks masonry single-leaf spandrel walls. It has an elongated rectangular shape, 12.5×85 m, one storey, with pillars high 3,30 m; the roof was completely collapsed.

The complete collapse of the roof allowed to propose a new steel roof structure which contribute to the seismic retrofitting of the building at the same time leaving the internal space completely free and unitary so as to promote flexibility of use for temporary exhibitions. The steel structure is made by welded IPE profiles creating a global reticular beam, acting in its plane as bracing system for the roof and for the masonry walls. Ten new steel columns act as static support for the roof structures and as seismic-resistant elements: the triangular shape columns are connected to the roof profiles by inclined branches, forming seismic portals, fixed at their basis, which can absorb both horizontal and seismic actions.

As for the original wooden roof, the structural function of the existing masonry pillars is maintained, using them as vertical support for the steel roof; the connection system is studied in order to transfer only vertical actions, avoiding horizontal thrust on masonry, using the original holes of the wooden trusses to center the roof load.

Roof steel elements collaborate with existing masonry walls for the seismic resistance, both in the transverse direction, through the facade walls which are enlarged and connected to the roofing structures, and in the longitudinal direction where it’s decided to reinforce the panels between pillars have been reinforced and, which became bracing elements. 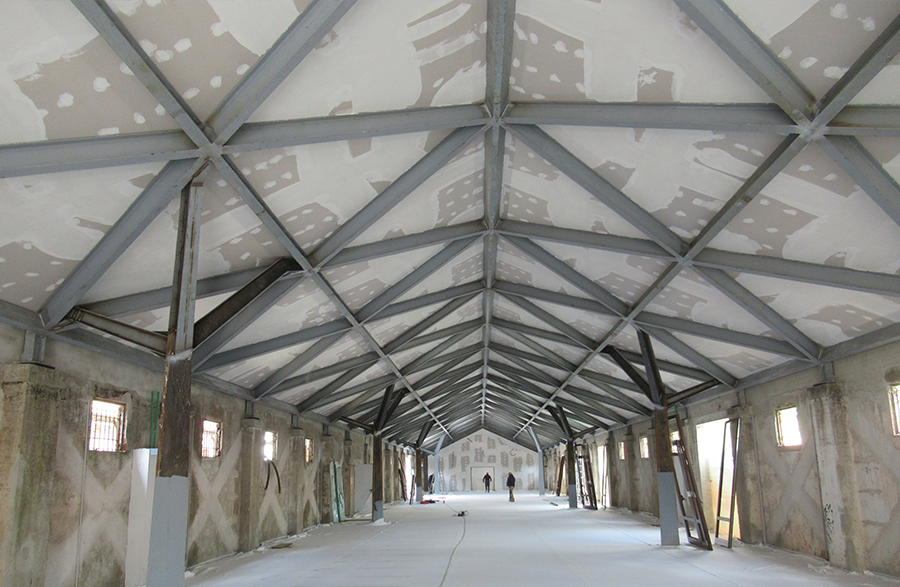 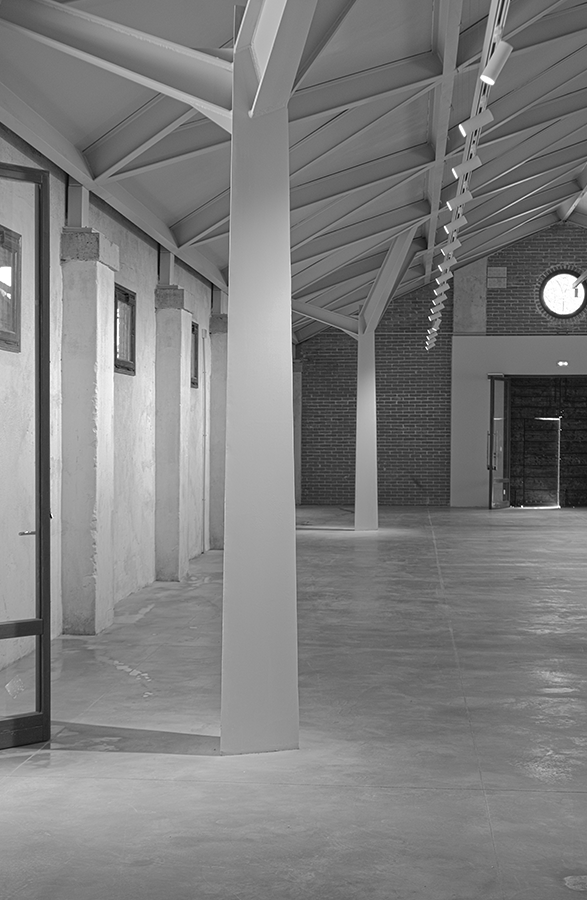 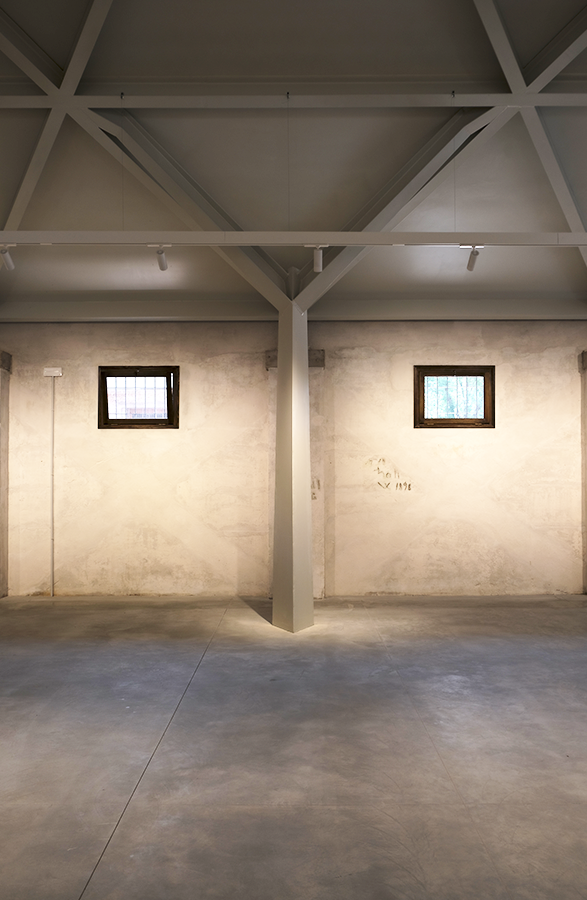 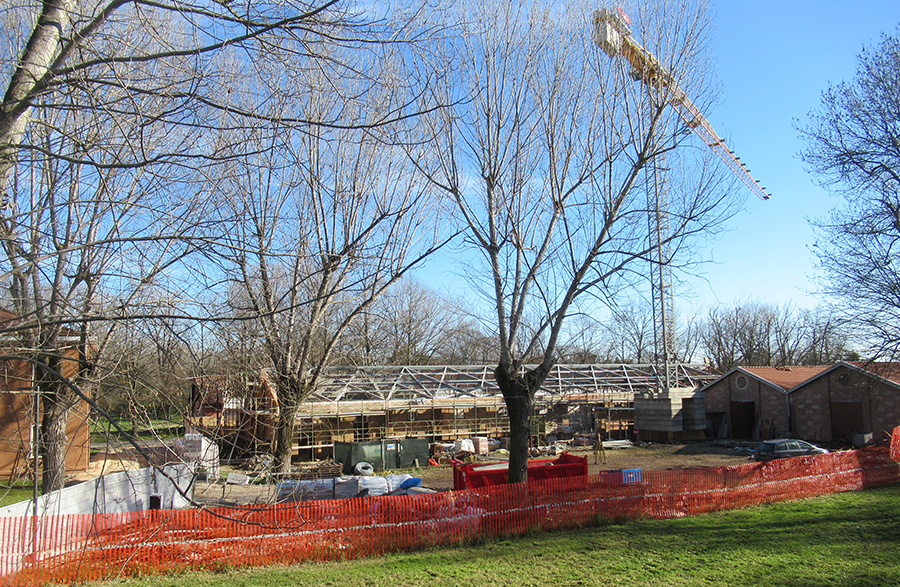 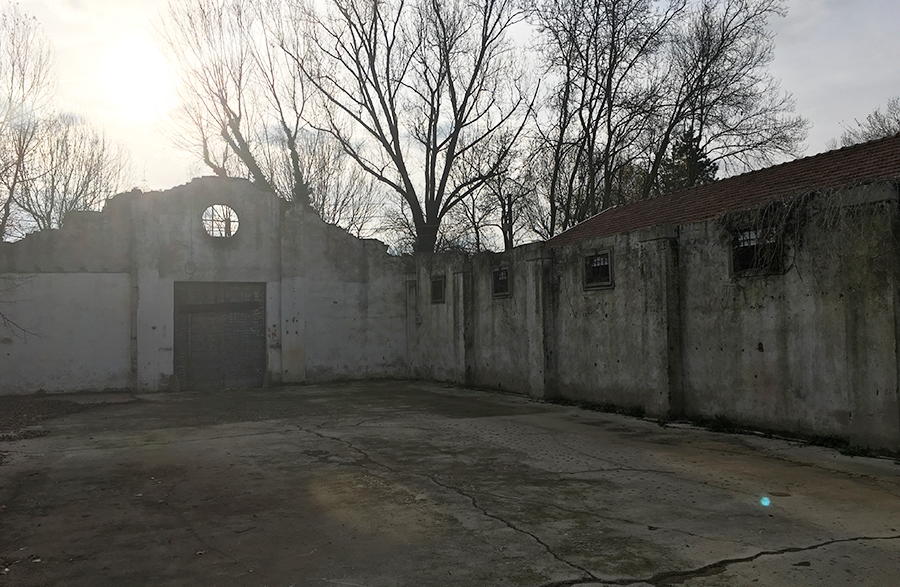 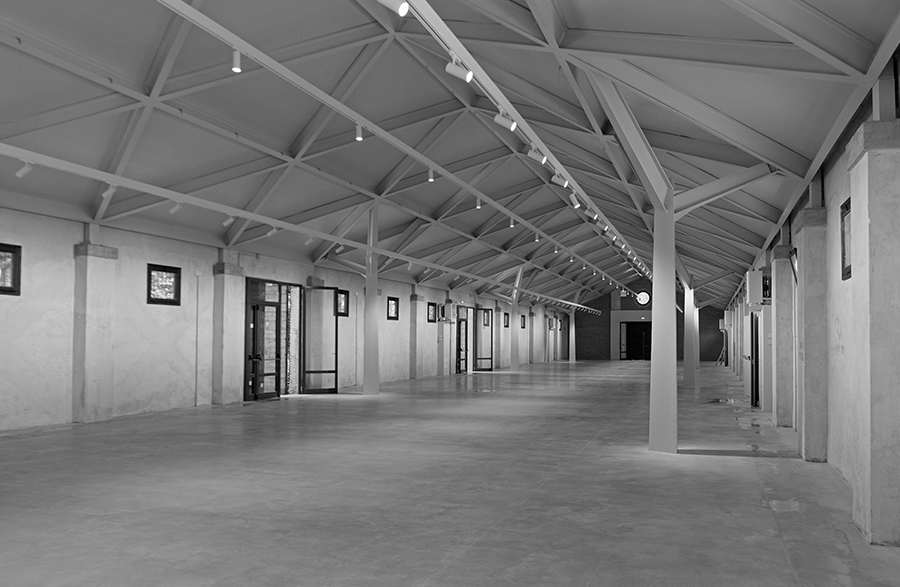