Forte Marghera was an ancient small village, the nearest embarkation point to Venice in the communication with the mainland, located between Venice and Mestre.

It has been converted in a military fortress by French and the Austrians, which modified the ancient land conformation and built forts and barracks.
The project aims to restore, consolidate and re-functionalize the two Napoleonic Barracks placed in front of the lagoon, named Building 8 and 9.

Considering the great cultural value of all the buildings, all interventions have been oriented to the maximum conservation of the original characteristics, especially for the two barracks. They will consist in the structural strengthening of the vertical and horizontal elements with seismic upgrading and the realization of new systems (HVAC, electrical, hydraulic). Masonry restoration techniques will be also carried out to achieve a consolidation of the materials in compliance with the historical conservation criteria. The original configuration of the roof will be sought, restoring the roof terrace with perimetral ramparts.

For the west barrack (nr. 8), considered the wide crack pattern and the marked trend of differential settlements, it is planned a strengthening intervention at the foundations level, in order to restore the safety conditions.

Considered the satisfactory seismic behaviour of the building, the seismic retrofitting will be obtained solving the main vulnerability emerged from the structural analysis, that is the disconnection between façades and inner walls. New stainless steel tie-rods will be inserted in order to connect horizontally the façades, avoiding overturning and hammering effects in case of earthquake; these tie-rods will anyway allow for any vertical displacement between facades and transversal walls, in order to maintain the current static behaviour. 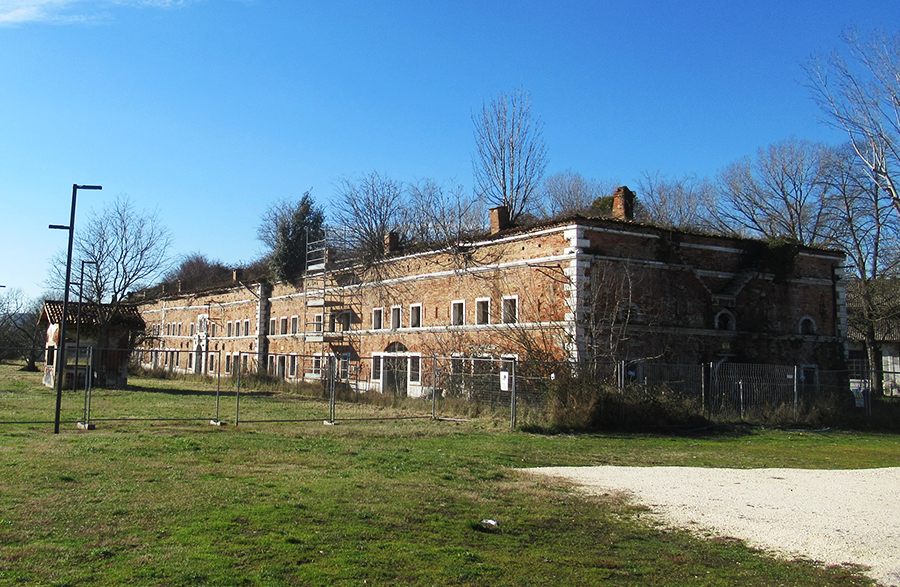 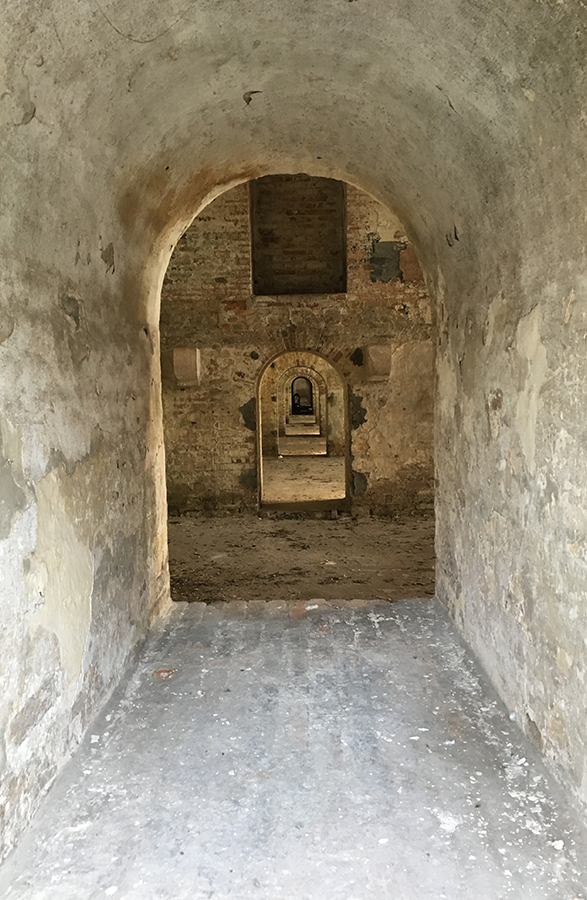 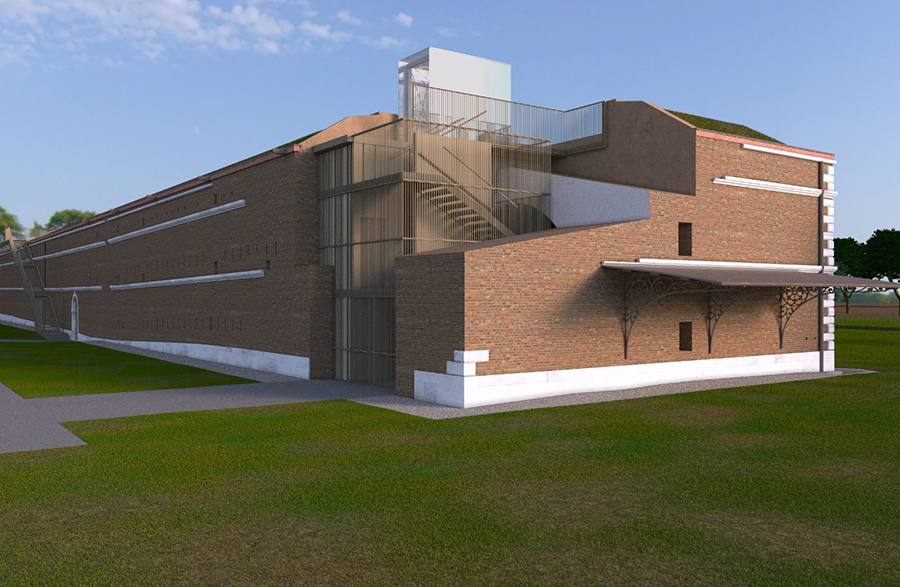 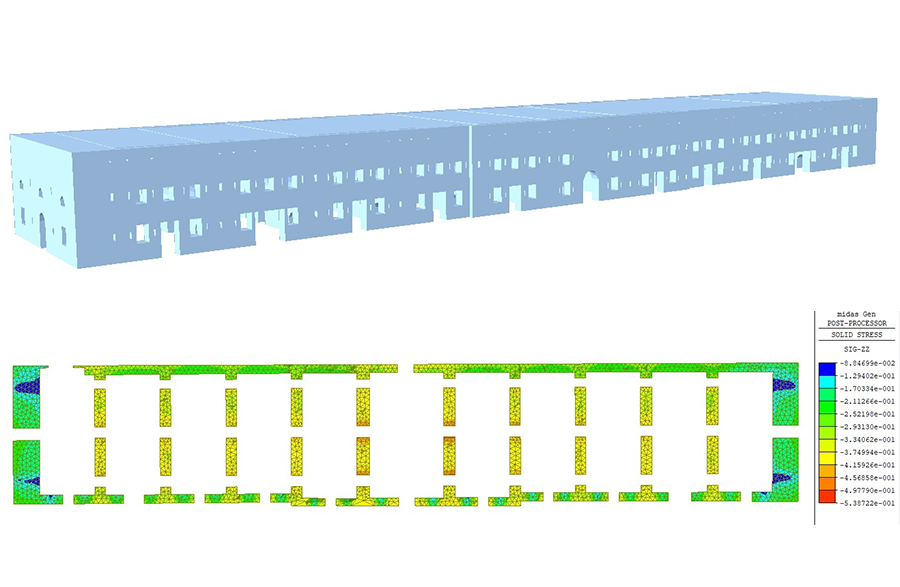